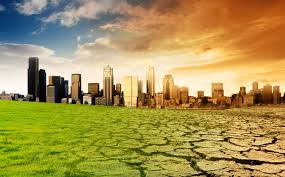 The conference “Europe 2030. These are ambitious goals for fighting climate change and energy”, organized by Greenpeace, Legambiente and WWF, highlighted what will be the role of Italy than the EU target for 2030.

The meeting served to highlight what the climate inaction means in terms of costs for the entire planet.

A cost-prohibitive as explained in the opening Carstensen, head of Climate and Energy, WWF Italy, calling for an approach that can overcome the logic of emergency, especially an active role in political decision-makers.

And it is paradoxical in this context, the role of Europe, went from first world power to have a clear vision on the decarbonisation of the economy, an economy also reticent on the commitments green base.

Twenty-eight is currently the defendant “only” 10% of global emissions of carbon dioxide, about also, as pointed out by Goofy Onufrio, Executive Director of Greenpeace, the former energy and climate package, the popular “20-20-20”. In a few years the cost of technologies for the exploitation of renewable decreased rapidly reaching the status of commodities and broadening the appeal of financial investors, which is why you need to “act now”.

Even as he explained Antonio Navarra, President of the Euro-Mediterranean Centre on Climate Change at current rates, the increase in temperatures over the next few years could reach between 1.8 and 4 degrees Celsius global increase by the end of the twenty-first century.

Although the European Union is already coming to terms with an intensification of the “habits of the climate” rare words and is ready to face more ambitious commitments on climate front, bring forward a single binding target for the reduction of 40% CO2, “at least” a 27% renewable energy consumption to be achieved as the European average and no specific objective on energy efficiency.

An entirely different view are environmental groups in Europe. As explained by Wendel Trio, director of Can Europe, the objectives to aim for will be very different: 55% less emissions, 40% less energy consumption, more than 45% of renewable energy. It takes courageous decisions because as mentioned Midulla are “the first generation to experience the effects of climate change but also the last one that can really do something”.