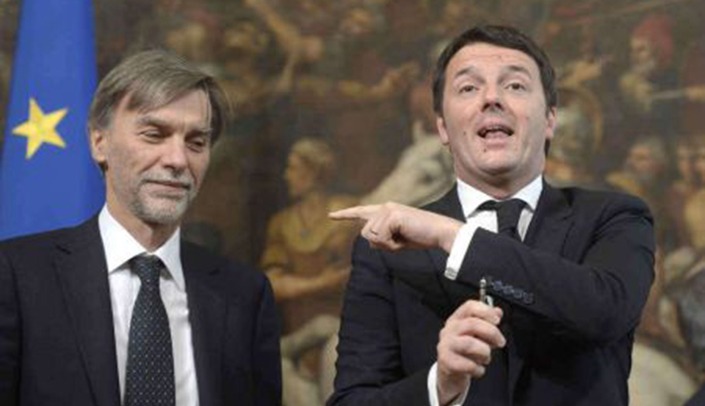 Twenty-four new development contracts signed at Palazzo Chigi, designed for 80% in the South, with which fielding many as 1.4 billion euro total that will give work to 25 thousand people. Among the innovative ideas will highlight important new projects: Telecom Italy for the construction of a fiber-optic network in Campania, Sicily, Calabria and Puglia (93 million total), Vodafone (about 64 million) for the expansion of the network in Apulia and Calabria, Stm for the upgrading of Catania.

These contracts, which together with the other twelve have already been concluded increase the total amount to 1.438 billion between investments and benefits, they focus almost all industry, others relate to tourism and trade. The richest (100 million investment and 74 concessions) is the one that is owned by Euralenergy and provides for the construction and operation of a cogeneration of electricity and steam, through the use of imported coal to be sold mainly to Eurallumina and thereby encourage the reopening of the plant Sulcis through a reduction in costs. The employees involved, including new jobs and safeguarded, will be well 357.

The list includes Whrilpool then, he has just acquired Indesit, and is involved in the increase of the production capacity of the washing machines in Naples, MBDA Italy, Prysmian, Seda Italy, Denso Manufacturing, two companies of the pharmaceutical (Sanofi Aventis and Dompè) and several agribusiness companies. In the field of tourism and trade projects include finally Diomira (upgrading of tourist facilities in the basin between Naples and the Vesuvian towns), Ro.ma Real Estate and Item.