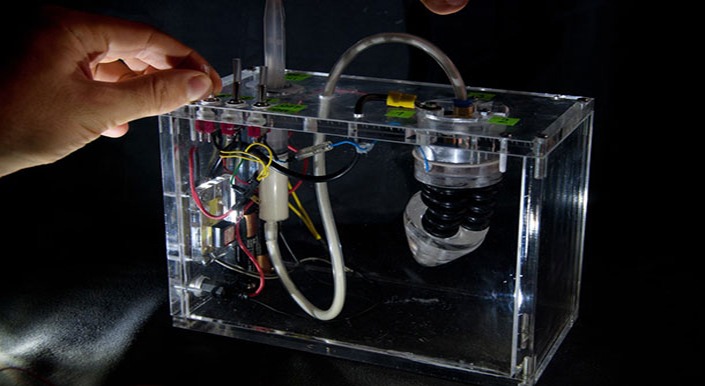 “Creating a technology that improves the quality of life” this has been the dream of biologist and researcher Barbara Mazzolai, working together with a team of scientists, in a very ambitious project: to create artificial roots able to replicate perfectly the actual functions of the roots of plants, in terms of: movements, search of water, distributed intelligence and especially the growth capacity. The team has already produced a prototype to demonstrate the results of his work, which started from the study of the behavior of the roots in the ground, in their natural environment: the artificial roots behave just like real ones, react to stimuli, they bend to avoid obstacles or heavy metals, seek water or other nutrients.
The Italian Institute of Technology senior researcher and coordinator of the European project “Plantoid” highlighted the complexity of the study
“The roots live and evolve in a very complex, deep into the soil. Must apply enormous pressure to grow and grow only from the tip, through what is called osmosis. They acquire mass by taking water from the ground, absorbing elements contained therein and are able to expel materials and cell death. at the same time produce a kind of mucus that helps to grow and extend under the earth”.
By analyzing this complex mechanism, the scientists were able to devise a procedure that allows robots to penetrate into the soil and acquire mass: the robotic roots have grown and are elongated by imitating the pattern of development of the real ones. Have been integrated sensors that can decode and read the information from the environment or from external objects and to understand what is the pressure to which they are subjected. The applications of the project “Plantoid” are varied, starting from environmental monitoring: the roots robotic could be used to identify potentially dangerous substances in the ground or, also integrating the sensors able to detect traces of oxygen, may also be valuable in operations aid, to track people buried under rubble after an earthquake or other disaster. Or even to de-mine the land, looking for oil or explore space. In the future a bit ‘further, there could be important implications in the medical field.