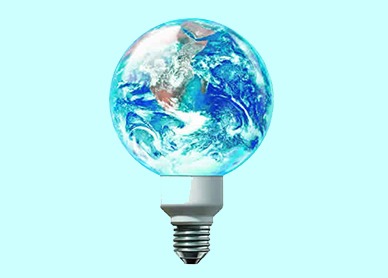 We often speak of the fact that transport planning is at a crisis point and underestimates the major urban challenges (Banister, 2005; Balaker and Staley, 2006; Wickham, 2006).

Two basic principles should be kept in mind if you want to deal with the problem of transport and formulate appropriate methods for its resolution, which means that travel is a derived demand and not an activity that people wish to pursue for its own sake and only the value of the destination which results in travel. The second principle is that people minimize travel expenses, general considered to be primarily through a combination of travel costs and the time taken to travel.

These basic principles have important consequences, as they are the basis for many analyzes and evaluation studies on mobility. They help explain the predominance of transport solutions to urban problems, and the enormous growth of the aspects of the trip, which aimed to make transport faster and able to connect longer distances, so comela greater velocitàdiviaggio was implemented to a greater extent than the increase in travel costs (Banister, 2006; Deakin, 2006; Duranton, 2006; Kahn, 2006).

In this scenario, the local public transport (with cyclohexanone walk) became less attractive and this in turn led to an increased use of the private car. The dependence on the automobile and decentralization, have certainly influenced this development trend that sees a huge number of cars, which often is the only other driver with no passengers on board. The displacement of the residences outside urban centers is a process difficult to reverse and this affects largely the implications that has on the transport and more generally on mobility.

In order to raise awareness of the impact of transport on air quality and encourage them to use alternative means to private projects have been developed and carried out, (see also “The experience of Electric Mobility in Rome”) is Italy and through community projects that include the participation of various countries in the European community.

This year the Ministry of Environment has joined the European Week of Sustainable Mobility, sponsored by the European Commission to raise the awareness of the community, playing mainly a coordinating role between the various events organized throughout the country including: “Car Sharing Day “held in Rome; “National Conference on Mobility Management and Sustainable Mobility” held in Reggio Emilia, “Insurance coverage of cycling to go to work”, organized at the University of Roma Tre.

The Sustainable Mobility After all, it fits into the broader context of environmental sustainability and the combination of electric car, solar and energy storage systems will definitely change the face of the power system, according to the assertions of the Swiss bank UBS in a report (“Global Utilities, Autos & Chemicals: Will solar, batteries and electric cars re-shape the electricity system? “), published on 20 August.

The decline in the cost of batteries (over 50% by 2020) and photovoltaic systems will ensure that an investment in a “system” consisting of electric car battery sedentary and photovoltaic system will have a payback period of 6-8 years, particularly in countries where gasoline and electricity are very expensive, such as Germany, Italy and Spain. the self-energy becomes the pivot of the electrical system, “by 2025 everyone will be able to produce and store energy. And this will be green and economically competitive, “said the bank, which invites its customers to invest in this sector.

Photovoltaics, even without incentives is often already now cheaper than buying electricity from the grid. The cost of storage systems, especially lithium batteries, it is expected, will drop by 50% by 2020 and 75% by 2025. Electric vehicles already within 5 years will cost as much as those with a combustion engine more ago save around € 2,000 a year for car fuel and the prediction of the report is that this type of media you get to cover 10% of the European fleet by 2025.

And especially the combination of three technologies – solar, battery and electric car – which, allowing you to maximize the consumption of photovoltaic gives economic momentum that will, according to the bank, a boom of distributed generation. In this context it will be an advantage utilities that are currently already strong presence in the distribution and sale to the end user than the focus on production while among the automobile companies that will be most favored by the uptake of electric vehicles the bank’s principal focus is on the BMW.