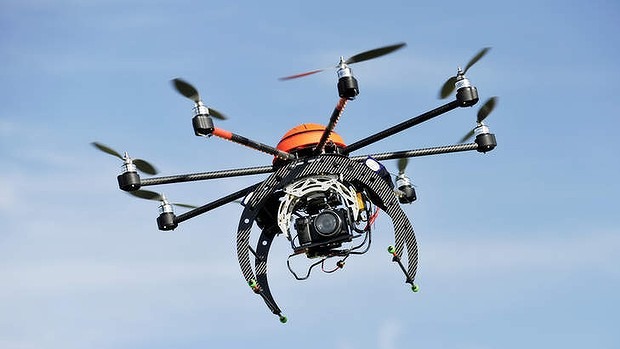 Now, thanks to the latest technologies, it could be argued that the cell phone can save your life, even to those who find themselves in an emergency situation and it is not even able to make a phone call.

All this, thanks to the combination of WiFi and drones and a technology developed by the Swiss Federal Institute of Technology, able to track the location of the mobile phone thanks to the wireless signal in an area of about 3 meters.

In case of emergency after the earthquake or after an avalanche, when it is necessary and urgent to find people under the rubble or snow: the drone in this case can record the WiFi signal strength and, based on this, determine how deep a person is trapped, giving rescuers a 3D image that can indicate where to focus your searches.

The drones have already been used in search operations, for example, by detecting heat signatures, they can help rescue teams to locate a missing person in the woods or in the snow.

In the United States, where the use of unmanned aircraft has not yet been regulated, a non-profit organization has been authorized by the court to use these devices despite the objections of civil aviation.

The drones can also be also used to provide WiFi connectivity infrastructure where they were knocked out by a natural disaster. While Facebook may soon begin to use them to bring internet access in those areas of the world that still do not have one, starting from Africa.

In recent days, President Barack Obama announced a law designed to protect the privacy of citizens from the invasion of these aircraft, but of course in cases of emergency, no one would care to sacrifice the confidentiality of the phone’s WiFi connection.