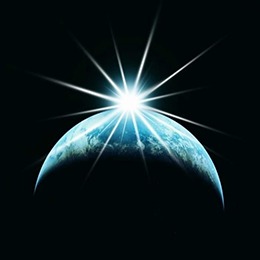 At the center of the debate showed the potential contribution of the “Copernicus” to the policies and actions of the European Union in the field of environment, conservation of cultural heritage, border control and maritime surveillance, key issues for Europe and in particular to the countries of the Mediterranean area.

The event also highlighted the objective of promoting the role of space, not only as a strategic sector a priority for the EU, but also as a decisive factor for the European economy. “Copernicus”, formerly known as GMES (Global Monitoring for Environment and Security) is the most ambitious Earth observation program ever developed. Once operational, the monitoring system will provide accurate, timely and easily accessible information to improve the management of the environment, understand and mitigate the effects of climate change and ensure civil security. This important initiative is led by the European Commission (EC), in collaboration with the European Space Agency. ESA will coordinate the collection of data from satellites, while the European Environment Agency (EEA) is responsible for the data from airborne sensors and ground. The EC, on behalf of the European Union, is responsible for the global initiative, establishing requirements and service management.

The conference focused on the potential contribution of the program Copernicus to EU policies and actions in different sectors such as the environment, preservation of cultural heritage, border control, maritime surveillance and external actions.

The main objectives of the conference were:

– Inform on the contribution of Copernicus to the implementation of European policies – internal and external;
– To raise awareness about how Copernicus can make a difference by improving the quality of life of citizens;
– To foster growth in the space sector with the creation of business opportunities at the national and local region.

In a crowded room, opened the conference by Roberto Battiston, president of ASI, below Stefania Giannin (Minister MIUR) has highlighted the characteristics of the “Copernicus” emphasizing the importance of continuous environmental monitoring. The services will be a fundamental part of the program, the second dimension is space, the sentries, the third dimension in situ on the systems of transport by air, sea and land. The European Parliament has already approved the Regulation “Copernicus” with 4 billion of which approximately 900m to the service component and the rest 3.4 billion for the space component, with emphasis on small and medium-sized companies already involved in this program that will significant opportunities.